The London Amateur Wrestlers club was set up by Jek in early 1996 as an initiative to promote the close combat sport of grappling to all enthusiasts irrespectively.

BAW was set up on application by Steve. Unfortunately this group is now closed.

Led by Alison Mahony, Sports Officer, KCAW was set up in August 1999. However due to Alison’s departure and the college’s disposal of its sports hall, this group is now closed. 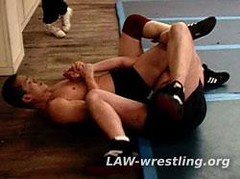 Our submission squad attended a few tournaments in Rochdale, Manchester on invite from David after which this group was set up. This group is now full and not accepting new members.

Responding to several students from the college who had trained with Ozgun in Hackney, this group was set up. The group terminated when the students graduated to City University. Bobby, a local Brighton lad contacted Jek about grappling in 2006 – after which both used to meet at Cheetahs for weekly grappling sessions. In late 2007 when interest in the group grew, Bobby contacted Deans leisure centre, starting regular weekly practice sessions.

After many years at City University in Central London, LAW decided to move its London practices south of the river to Thornton Heath Leisure Centre.

Training in Brighton resumed in October 2013 at The Stables Boxing Gym and later returns to Stanley Deason Leisure Centre.

LAW in London eventually closed and had its final training session on 28th March 2015. However the club continued to train in Brighton.