Congratulations to our wrestlers who competed in the British Novices tournament in Manchester.

The squad performed well – especially considering its the first time all our wrestlers (except Salman) stepped onto a freestyle tournament mat; and that James was dosed up with medicine to fight off an awful cold; and that Jack only started wrestling 3 months ago!

Thanks also to the BWA for organising another fantastic tournament. 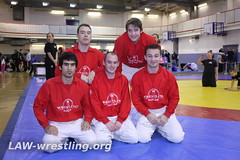 The team, before the start 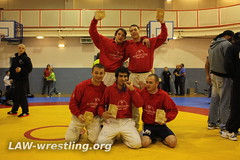 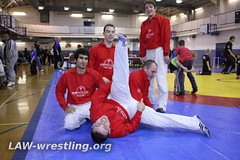 Not quite the team photo the coach was after! 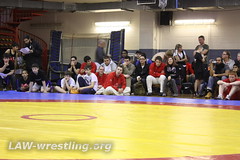 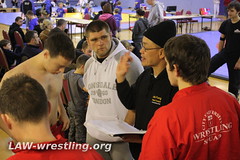 Team talk from The Man 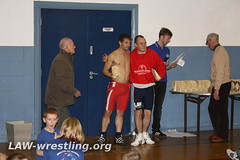 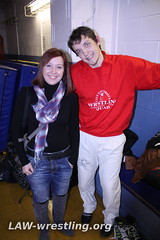 Vlad and his better half! 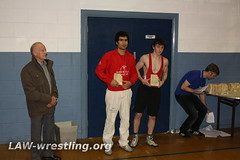 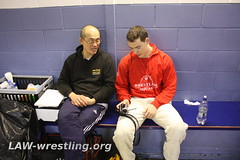 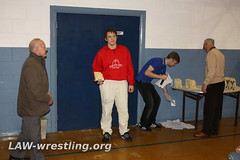 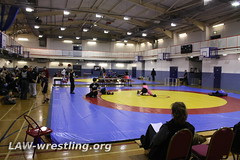 Competitors start to turn up, before the tournament 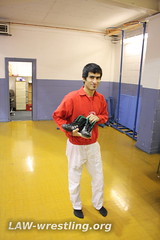 Salman makes off with his footwear! 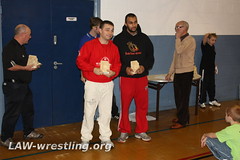 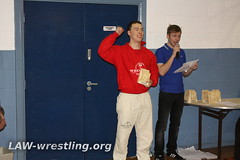 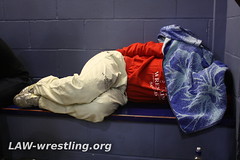 James has a cold - not a pretty sight!